Janine Henkes is a model, musican and actress from Berlin. She started her career in Paris where Janine walked for Givenchy and it was only a few weeks after when she shot for German Vogue in Los Angeles. During her travels she has written songs for her band “Ghost” and in 2010 she recorded her first EP (www.janinehenkes.com).
Three years ago Janine took her first steps towards acting when she played her first main role in the music video “Shoes“ by Tiga. Since then Janine has moved on and played in many other short films. 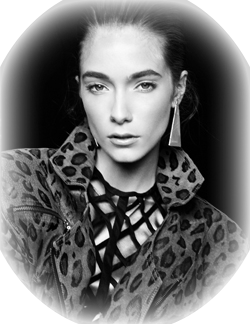